What I'm Obsessing Over Now 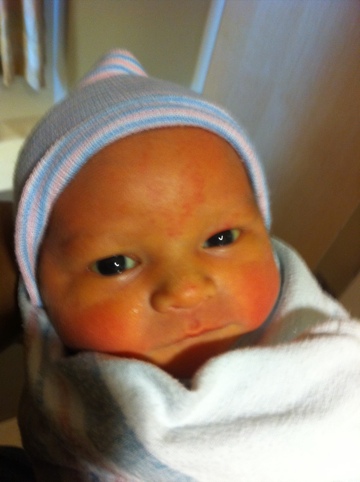 What this end-of-the-world crap is all about

The day after May 21, 2011 the digital billboards that stated the end of the world was coming had changed to a new message: Thessalonians 3:5. I read Thessalonians 3:5, and to make a long story short, all this end-of-the-world crap is for one reason: to make people prove that their faith in God is alive and well.

END_OF_DOCUMENT_TOKEN_TO_BE_REPLACED

Who’s going to protect you from criminals? You are!

Who’s the best person to protect you from an exploding building, an apartment complex on fire, a hurricane’s onslaught, or a criminal trying to mug you? Not the government. Not the police. Not the military. Not a Rent-A-Cop. It’s ultimately going to be you. That’s right, you. Oh, and other ordinary citizens like you. Why? Because the government/police/military/Rent-A-Cops can’t be everywhere at all times. You have to protect yourself and the people around you. It’s called personal responsibility for your security, and it something people in this country need to come to terms with.
END_OF_DOCUMENT_TOKEN_TO_BE_REPLACED

I love this quote from ATLAS SHRUGGED

Gun control and the Tuscon Shootings

An excellent article from Reason.com.

The many costume changes of modern news

In a quest to have the absolute highest ratings of any news source on television, in print, or on the web, news outlets are falling all over themselves to try to find the most sensational angle they can pin on the shootings in Tuscon.  I feel for every one of the victims and their families, and I hope they don’t pay too much attention to the news stories surrounding this heinous event.  News about any story — absent any real facts — is always a circus.  But for whatever reason, it is more of a circus this time around.

It reminds me of an actor auditioning for a role, but bringing every single costume he or she can to the audition in the hopes that at least one of them will win her/him the role.  In this case, the actor is the news, and costumes are the story’s spin, and the role is your attention (and perhaps even your loyalty).  So let’s examine this actor as he/she auditions for the role of a lifetime: your attention.

END_OF_DOCUMENT_TOKEN_TO_BE_REPLACED

This is a first for me, but I’m not lusting after the iPad

Call me strange, but the iPad is the first device from Apple in a long time that I haven’t lusted after. The iPhone was revolutionary; the iPod was as well. But the iPad looks too much like a mish-mash of phone and computer, with too much of one (the phone) and not enough of the other (the computer).

This is weird for me, because usually I buy right into the hype that goes along with a new Apple device — I gladly drink the Kool-Aid, if you will. But the iPad Kool-Aid tastes a little too acidic, and like a four year-old’s disappointment when he doesn’t get what he wants, I feel like throwing a tantrum.

I know what would have sent me over the moon with the iPad: Mac OS X. I would have been doing fucking somersaults if it ran Mac OS X. But since it is just an overgrown version of the iPhone, I’m very disappointed.

My netbook still beats it on webcam, desktop application and Flash support. Is Flash really that important? Unfortunately yes, as it is the de facto standard for video on the web. A lot of multimedia sites (like movie websites) rely heavily on Flash. And despite Apple’s desires to the contrary, not everyone is going to be off VHS immediately just because Apple released a DVD player. Yes, the DVD player is much sexier, but it will be ten years before everyone (i.e. webmasters that paid ridiculous amounts of money for Flash-based websites) is using HTML5 and not Flash. So Flash is a fact of life that the iPad is in denial of. Apple and Adobe can do all the name calling of each other that they want; Mac OS X would have solved all these problems.

If the iPad miraculously supports Flash in Safari sometime soon, then I will reconsider. If it gets a webcam I’ll reconsider. If it ran Mac OS X I would jump on it like a dog in heat. If someone hacked it that would be great. But as long as it runs the iPhone OS, I’ll just wait for something else.

Hell, even the HP Slate is looking better than the iPad right now. And that’s a Microsoft product!

Now its law! Everyone will be insured!

Liberal thinkers put way too much faith in the word of law. All law does is allow the government to act if you don’t do something the law requires. So yes, it may be against the law to not have health insurance, but the penalties for breaking this law are just monetary fines. We’re basically fining people who don’t have the money to pay for health care in the first place. Those who can’t pay either insurance premiums or penalties will remain uninsured, and we the taxpayer still get to foot the bill.

The only difference now is that taxpayers get to pay for insurance that 30 million people won’t or can’t pay for. In the meantime, private insurers pass on the extra costs of insuring people (imposed by the restrictions of the new law) to their customers — raising premiums — which causes people to drop their insurance as it becomes more expensive.

The economy sucks, and the government wants to make you insure yourself against health calamities. But of course! If you die, you can’t pay taxes! We need those taxpayers to shore up our tenuous hold on a AAA credit rating! Then again, there is always the death tax…but the government gets more money out of you if you stay alive.

I personally was a victim of the current crappy economy. Let me tell you, when I was unemployed, the LAST thing I was worrying about was health care. Why? I didn’t have a job! I’m sure the 30 million able-bodied people without a job right now aren’t worried about their health; they are worried about their next paycheck. I was one of those people who could neither pay for premiums nor pay penalties for not having insurance. The new law would have just tried to squeeze blood out of a turnip with me. And I am not an ER-freeloader.

Wouldn’t I just take advantage of the government version of health insurance? Sure! When I got a job, would I get better coverage? Probably, but if you are paying twice for the same thing, fiscally responsible people want to eliminate extra, non-necessary expenses. Like the pesky private insurers who charge you after you pay the government for it’s version of health insurance. Why pay again for something you are already paying for?

Will this get everyone sucking on the government tit? Eventually, but not immediately. After all, a few generations had to go by before Republicans called Social Security something that was not to be touched. Social Security is an entitlement program! Imagine that! Republicans fighting for an entitlement program! Never would have happened fifty years ago…now everyone thinks it’s a right.

Liberals know this is how you get away with socialism, and now that they have health care locked up, all they have to do is wait. Because repealing a law is much harder than passing it in the first place. And conservatives will have their hands full getting rid of this one.

A lack of planning on your part…

…does not constitute an emergency on mine. Truer words have not been spoken regarding work this past week. On Thursday, I get the word that I will be working this weekend. News to me! Because people have to meet quotas next week, I have a deluge of work in my “inbox” that “will be done by next week, right?” Well, this time it will, but not in the future (at least not on weekends). This the first and last time someone smiles at me and makes me work on my day off and Saturday as well.

Not really a big deal? True, but who I work for never has emergencies. They only panic when they believe they have emergencies. And then the only people who can get them what they want have to work overtime to get it for them in time to meet deadlines.

Well, I’ve taken care of this situation. And I have new tools to make sure I don’t have to work on the weekends again. I’m sure they won’t be happy, but they will get what they want. Just not as fast as they want. Again, a lack of planning on their part does not constitute an emergency on mine. True, true. More true for them now than they realize.

END_OF_DOCUMENT_TOKEN_TO_BE_REPLACED

Theme by Anders Norén — Up ↑